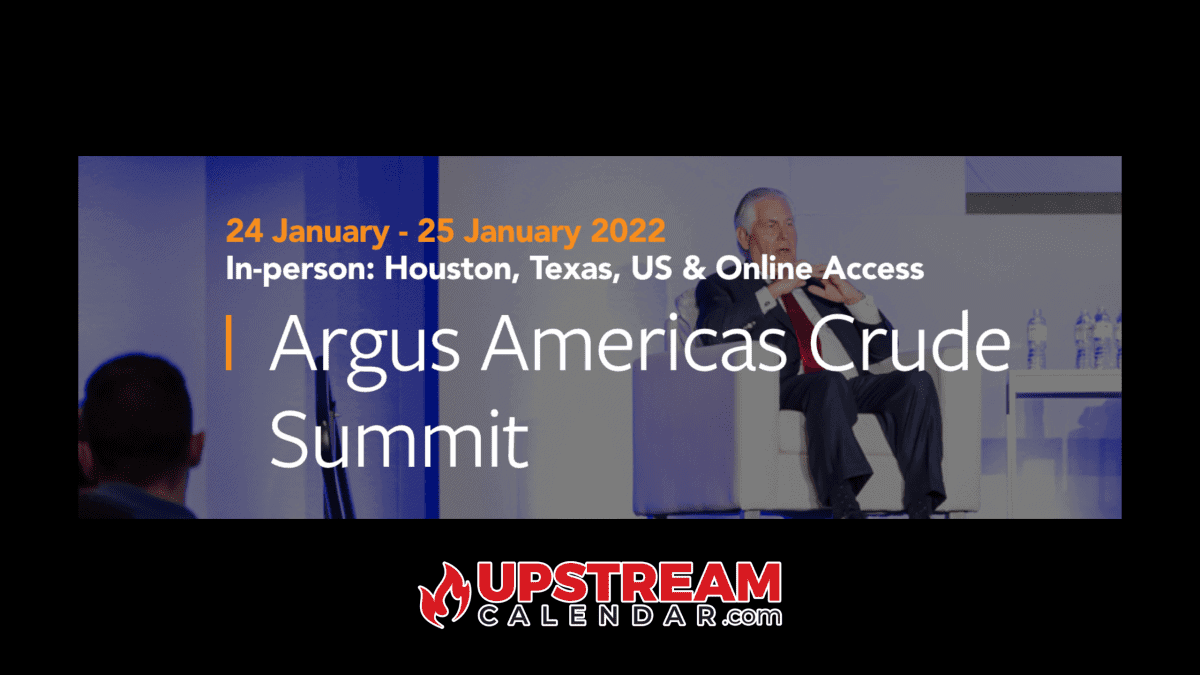 America’s leading crude oil markets event is returning as a hybrid event on January 24-25 in Houston, Texas. Meet over 400 senior crude market stakeholders face-to-face for two full days of networking and information on the latest crude market developments. Hear exclusive insights from senior leaders shaping today’s oil market and best plan your business needs for 2022.
The 2022 event will shed light on the long-term role of oil in the energy transition, global crude supply and demand trends in a post-Covid world, what’s next for future production and investment in the US upstream sector, the role of Canada and Latin America’s crude markets and much more.
Join your colleagues in Houston for world class networking and market insights on the global crude markets. Register now to secure your seat.

Mike Pompeo is the first American to have served as both Secretary of State and Director of the Central Intelligence Agency (CIA). During his time in office, the world witnessed the emergence of the US as a massive energy exporter, and a realignment of US foreign policy to put America first. He also oversaw a shift in Washington’s relations with China

Vicki Hollub is President and Chief Executive Officer of Occidental. She has been a member of Occidental’s Board of Directors since 2015. During her 35-year career with Occidental, Ms. Hollub has held a variety of management and technical positions with responsibilities on three continents, including roles in the United States, Russia, Venezuela and Ecuador. Most recently, she served as Occidental’s President and Chief Operating Officer, overseeing the company’s oil and gas, chemical and midstream operations. Ms. Hollub previously was Senior Executive Vice President, Occidental, and President, Oxy Oil and Gas, where she was responsible for operations in the U.S., the Middle East region and Latin America. Prior to that, she held a variety of leadership positions, including Executive Vice President, Occidental, and President, Oxy Oil and Gas, Americas; Vice President, Occidental, and Executive Vice President, U.S. Operations, Oxy Oil and Gas; Executive Vice President, California Operations; and President and General Manager of the company’s Permian Basin operations. Ms. Hollub started her career at Cities Service, which was acquired by Occidental. Ms. Hollub serves on the boards of the American Petroleum Institute and Lockheed Martin. She is the chair of the U.S. Secretary of Energy Advisory Board and the U.S. chair for the U.S.-Colombia Business Council. Ms. Hollub is also a member of the Oil and Gas Climate Initiative and the World Economic Forum, where she serves on the stewardship board for the Platform for Shaping the Future of Energy and Materials. A graduate of the University of Alabama, Ms. Hollub holds a Bachelor of Science in Mineral Engineering. She was inducted into the University of Alabama College of Engineering 2016 class of Distinguished Engineering Fellows.
Ryan M. Lance has served as Chairman and Chief Executive Officer of ConocoPhillips, the world’s largest independent exploration and production company, since 2012. Ryan is a petroleum engineer with 36 years of oil and natural gas industry experience in senior management and technical positions with ConocoPhillips, predecessor Phillips Petroleum and various divisions of ARCO. His past ConocoPhillips executive assignment included responsibility for international exploration and production, regional responsibility at various times for Asia, Africa, the Middle East and North America, and responsibility for technology, major projects, downstream strategy and specialty functions. Externally, Ryan is a board member of the National Fish and Wildlife Foundation, and trustee of both the George H.W. Bush Library Foundation and PGA Reach. He is also an advocate for charities benefiting youth through his service on the board of Spindletop International and the Montana Tech Foundation, and on the advisory council of the University of Texas Energy Institute. He is a former chairman of the American Petroleum Institute currently serving on its Executive Committee, and currently chairs the National Petroleum Council’s Agenda Committee. Ryan is a member of the Society of Petroleum Engineers, and earned a Bachelor of Science degree in petroleum engineering from Montana Tech in Butte in 1984.

You will also hear from: